Congratulations, Park Celtic U16 A1 team under the stewardship of Adam Ellison, Tommy Kinsella and Assie Sattar, who won their League Cup Final match against Drogheda Boys at the AUL Complex in Clonseaugh on Sunday, 17th May. 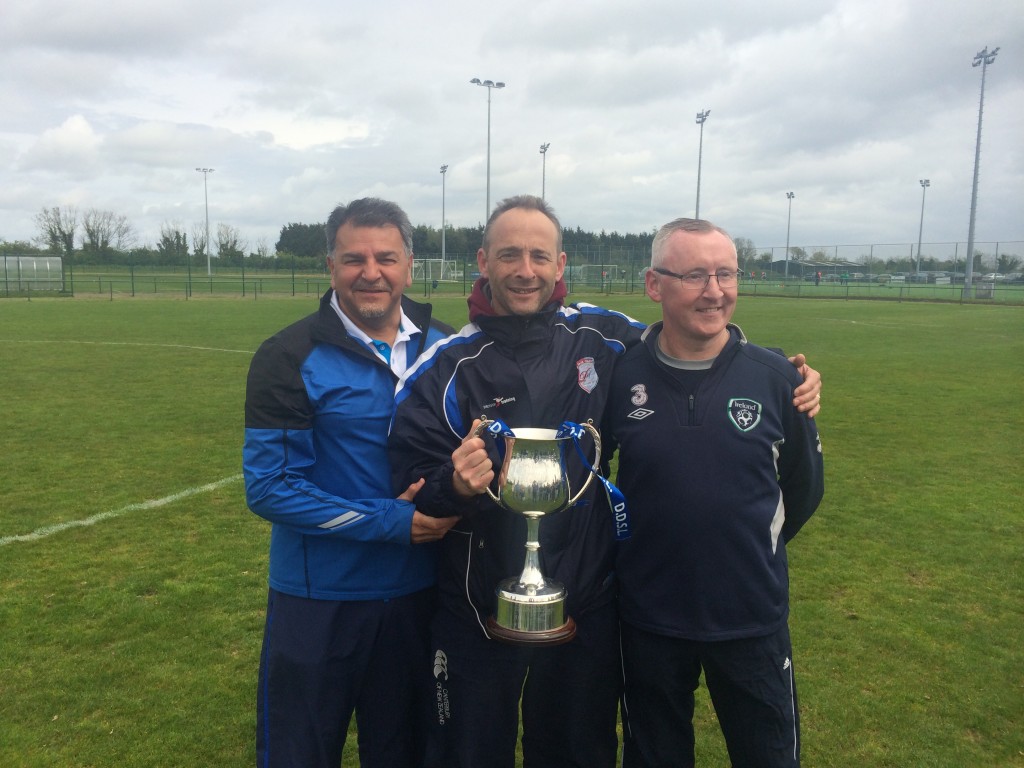 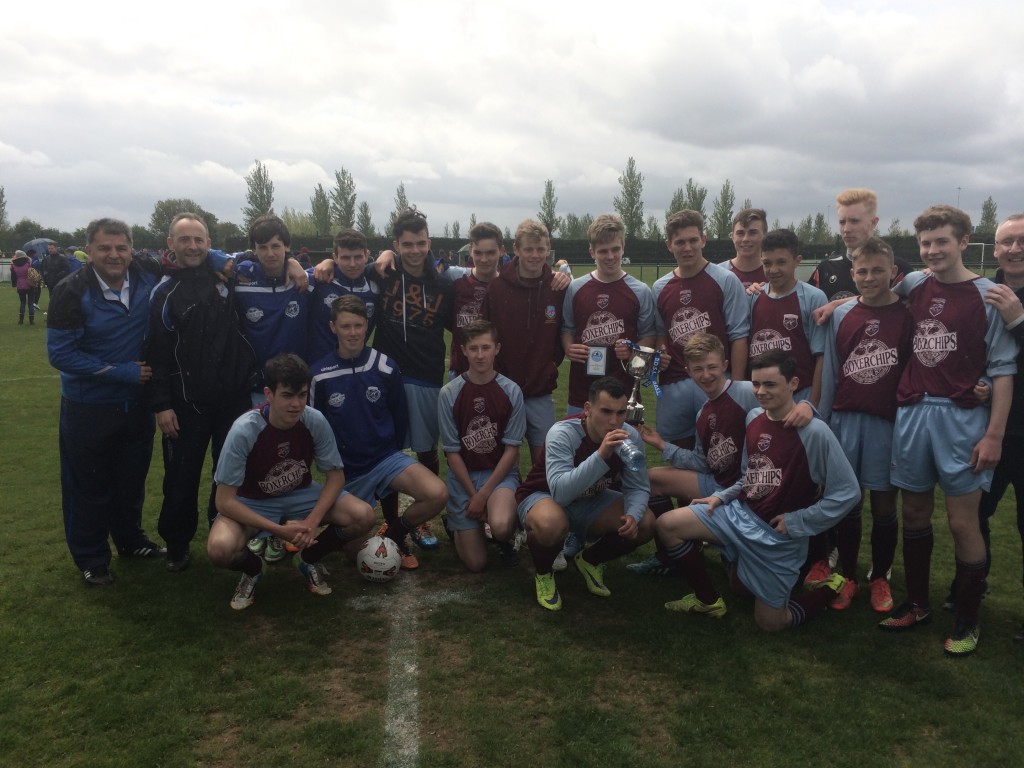 The morning was overcast but warm when the whistle blew at 11:00 on Pitch 6 and within minutes both sides had settled down to play positive attacking quick-paced football. It was only 10 minutes into the game when Park Celtic’s Liam Flatman drove down the right wing, played inside on the edge of the 18yrd to Dalyan carrying to within striking distance and he let loose a canon to put them 1 -0 ahead. This might have been a real sucker punch to some, but Drogheda kept to their plan and seemed to take it in their stride, continuing to press time and again towards the Park Celtic goal.  The wings were worn with the path of both teams seeking a chance to get on target but Finn, Cian and Luke had the measure of them at each attempt and despite one or two close moments the score didn’t change at the whistle.

By the time tea and coffee was purchased and returned to spectators, the second half was underway and began as if the break had never been. As much as Drogheda attacked the wings of the Celtic, the same can be said of the Park lads who pummelled the left and especially the right where Liam was dominating and forcing errors to allow shots on goal. Arguably, Park should have been ahead but with the competition befitting the calibre of play Drogheda got their equalizer and it was all square.

Some changes and Kenzi came on to strike fear into the opposition and soon he was getting several chances which just would not go in. A cross from Zach holding midfield to Liam on the right who pulls back, cuts inside behind Kenzi who draws the defenders, allowing a pass to outside left Gary H who with a cracking left foot shot hit the roof of the Drogheda net, 2-1 Park.

It wasn’t over and Drogheda kept the game ebbing and flowing in superb style. When a Park attack, all done and dusted, resulted in a Drogheda defender on the deck and with no replay to review no one was quite sure why. He wasn’t moving and the game halted for a good 10 minutes while the ambulance came to stretcher a very brave footballer from the field to well deserved rapturous applause.

This kind of event can affect in two ways, the winning team lose focus and momentum and the impacted team make changes and play for their fallen hero. While shades of both dominated the restart it was a question of who would gain the compusure and upper hand quickest. Dogged, the Drogheda Boys pushed on and tried several attacks but Park responded each time and as the final 10 ticked away it would be Park Celtic who would be triumphant, posting a third goal through a cracker from that man in explosive form, Liam F. to seal the game and the cup.

Well done to all the players……

and Congratulations, a speedy recovery and Respect to Drogheda for a fantastic display in an even and well fought battle which had no cards, no vicious fouls, tackles or off-the ball incidents, played in the spirit of the beautiful game, a credit to all. 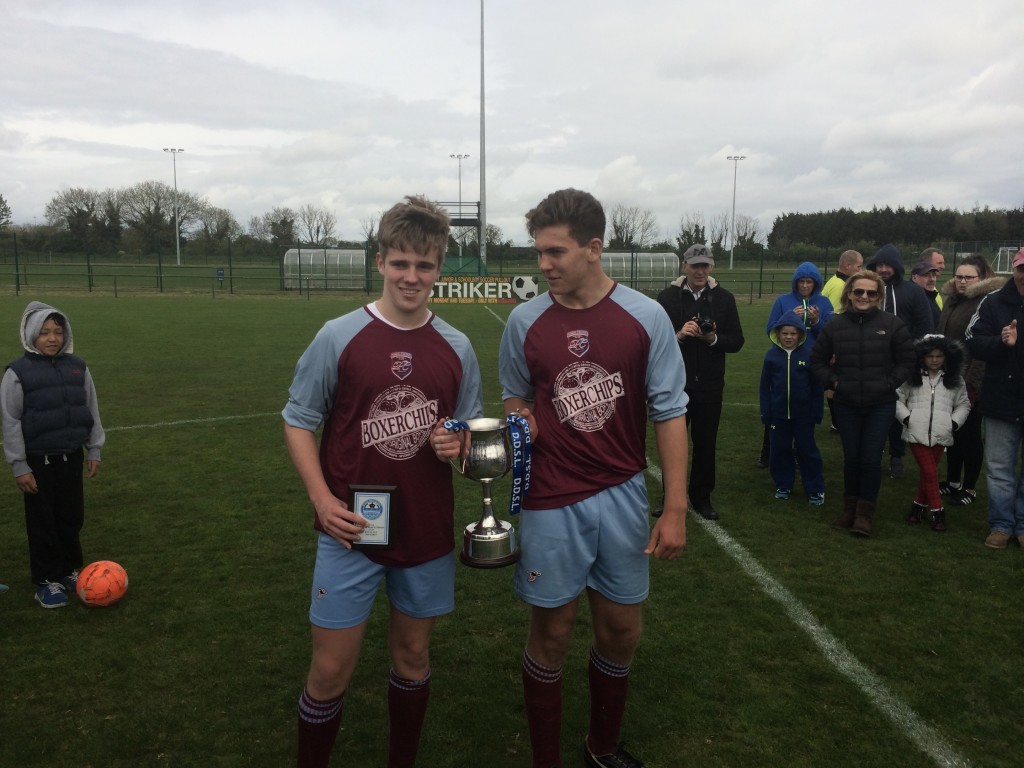 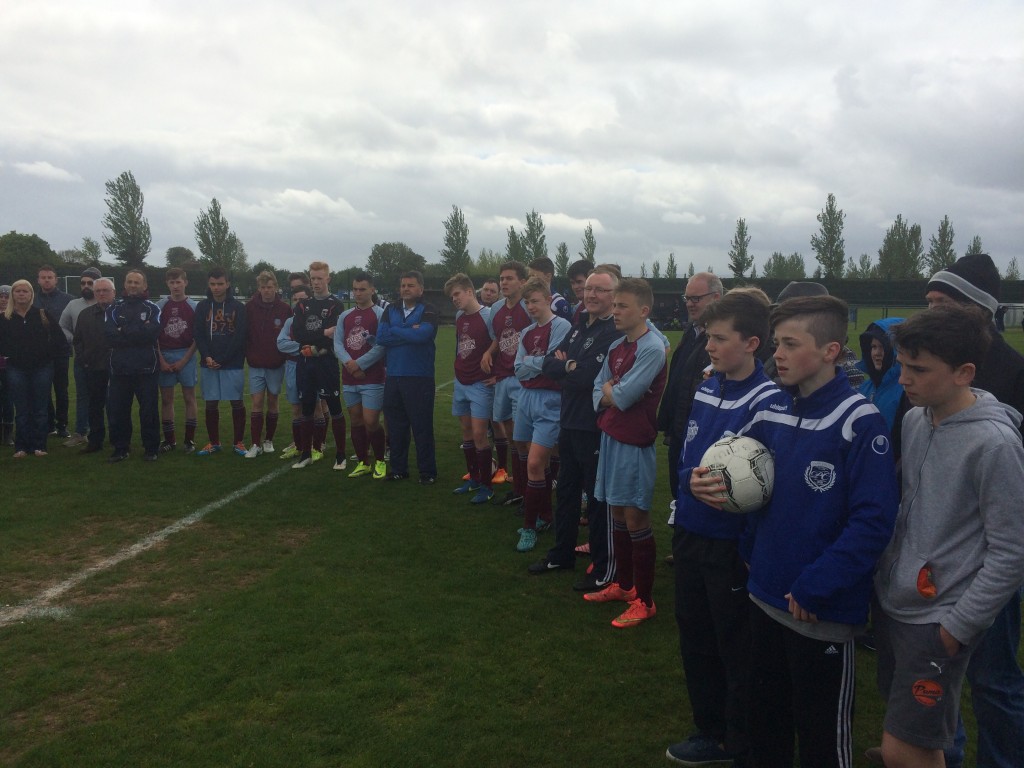