Home/Uncategorized, Under 11 - Match Report/15/09/19 U11 B Sunday: Classic encounter and win against Rathcoole!
Previous Next

Our Sunday u11 b team won a classic encounter 5-4 against Rathcoole.

Park took an early lead with two poachers goals from Jamie Rossi Mielke. Rathcoole got one back but Dylan Murray struck to give us a 3-1 lead. Rathcoole then got another to leave it 3-2 at half time.

The second half began with Park laying siege to the Rathcoole goal and on another day we’d have had a couple of goals to show for efforts. Unfortunately, Rathcoole drew level with a good goal on the break and then took the lead with a long-range effort to make it 4-3 with 10 minutes to play.

Park then showed tremendous resilience and continued to attack the Rathcoole goal. They never gave up. They finally got a deserved equaliser from an unfortunate own goal following great pressure by Ryan Maher.

As the minutes ticked by, Park continued to pepper the goal and eventually got the winner with a well taken shot from Jamie Rossi Mielke to complete his hat-trick with just 90 seconds remaining in the game.

MoTM: ? Too many contenders! 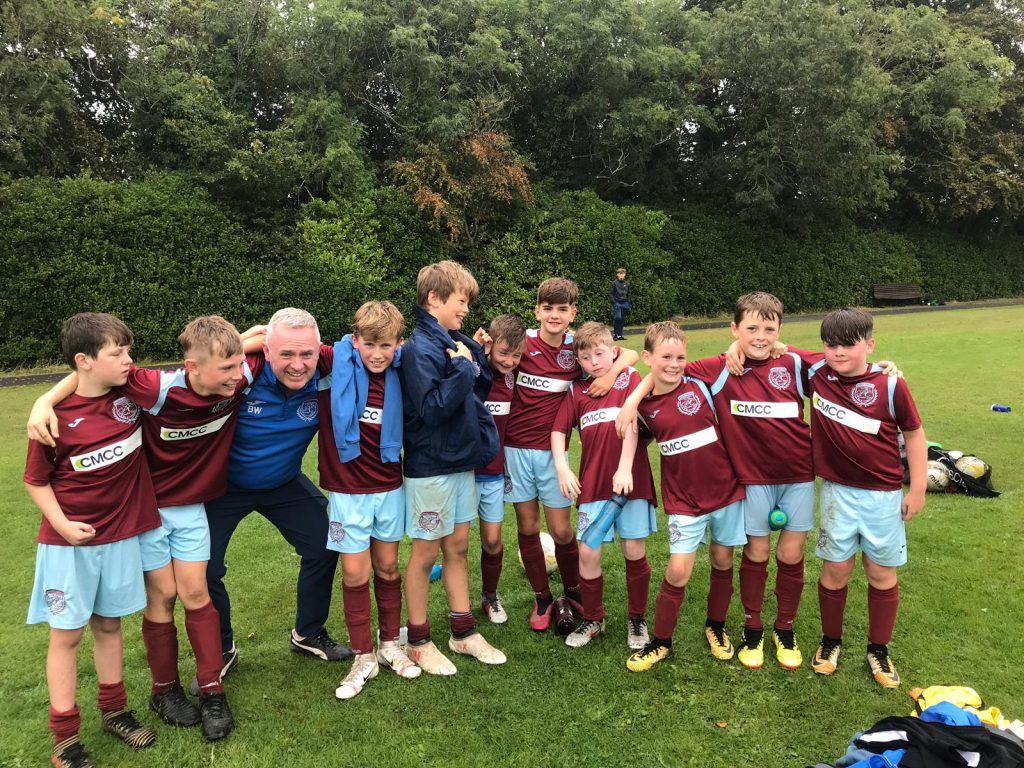