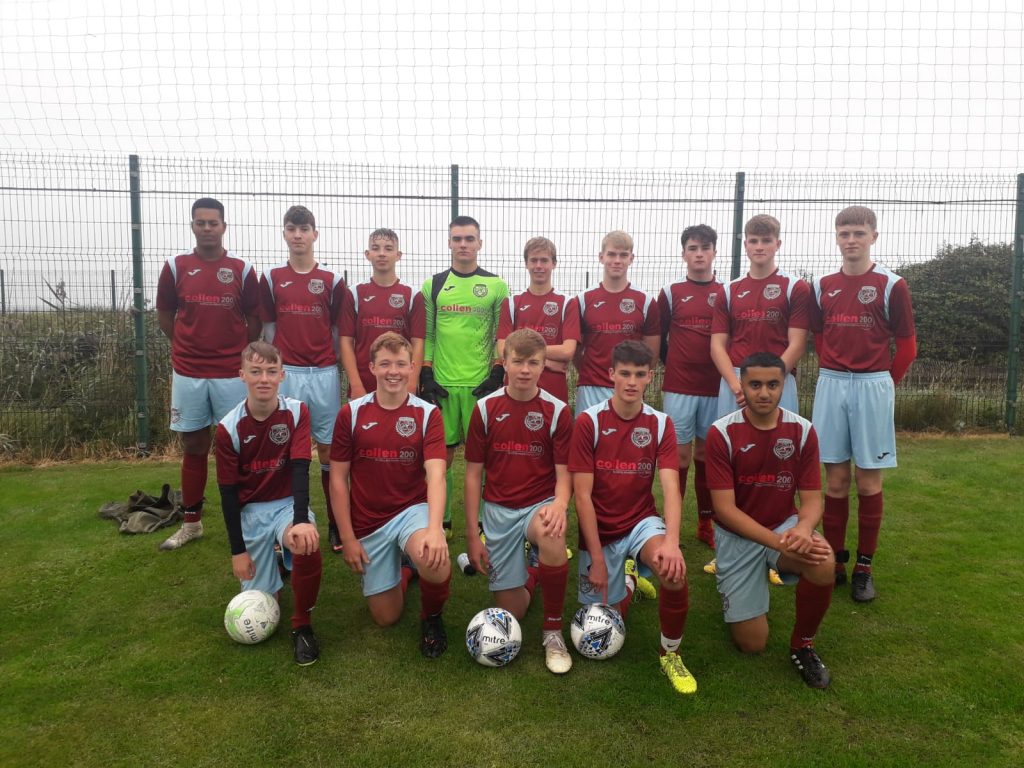 Park Celtic U17 recorded an impressive 5 -2 win over Greystones today in Woodlands. In a lively first 30 minutes, Park created 5 or 6 clear chances but could not put one away. There was some lovely passing and skills on show but it was Greystones who took the lead from a harshly given penalty for hardball against Noah. Park just continued passing and moving and equalised with a close-range header from Adam from a well-taken corner from Ruben.
Park started pressing in the second half but it took a while before they got the next goal which came from a free-kick from Rob that was headed home by Adam. But with 15 minutes left Greystones scored an equaliser which had more than a touch of handball about it. It looked like Park were going to drop 2 points but they never gave up and after Tim won the ball in midfield with a crunching tackle and the ball went out to Luke who went by 2 players on the edge of the box and smashed in the third.
Shortly afterwards a free-kick was awarded about 25yards out and Rob cooly hit the ball into the bottom corner.
The final goal came from a quick one-two on the left between Rob and Luke which sent Rob through on the keeper and he slotted in the 5th. There was even time for Greystones to miss a penalty with the last kick of the game.
Great entertainment for all the parents who came to support.