U10 Sat B suffered a heartbreaking first loss of the season to a very organized Finglas United side.

Park started the stronger, missing a number of clear cut chances in the first 15 minutes.

A couple of sloppy errors midway through the first half left us 2-0 down despite having been the stronger team. Park calmed things down and finally got off the mark after a strong run from Alessandro gave Matthew space to shoot. His rifled shot was well saved by the Finglas keeper, but Jack was first to react to finish calmly from close range. As Park piled on the pressure, Finglas hit them on the break to take a 3-1 lead.

A well-worked team goal from Park followed, with slick passing between Daire, Ben and Jack setting up Conor to finish superbly into the bottom corner from the edge of the box.

This left Finglas leading 3-2 at the break. The second half started at a blistering pace with both teams focused on attack. With chances flying at both ends, Finglas were the more clinical of the 2 sides and raced to a 5-2 lead early in the second half. Lewis, Callum and Ciarán were defending valiantly, but we’re being left too exposed by their midfielders.

Park fought back strongly and controlled the game for the last 15 minutes, but they left their shooting boots at home, missing at least 3 open goals in a row.

The incessant pressure finally paid off in the final minute, with a close-range finish from Ben from a well-worked corner, but it was too little, too late.

A 5-3 loss was very harsh on Park, but many lessons learned. Man of the match goes to Daire who captained to side today. He was taken out a number of times during the match by some rash challenges, but got up quickly every time and kept driving his team forward.

Shooting practice will be the focus of training this week! 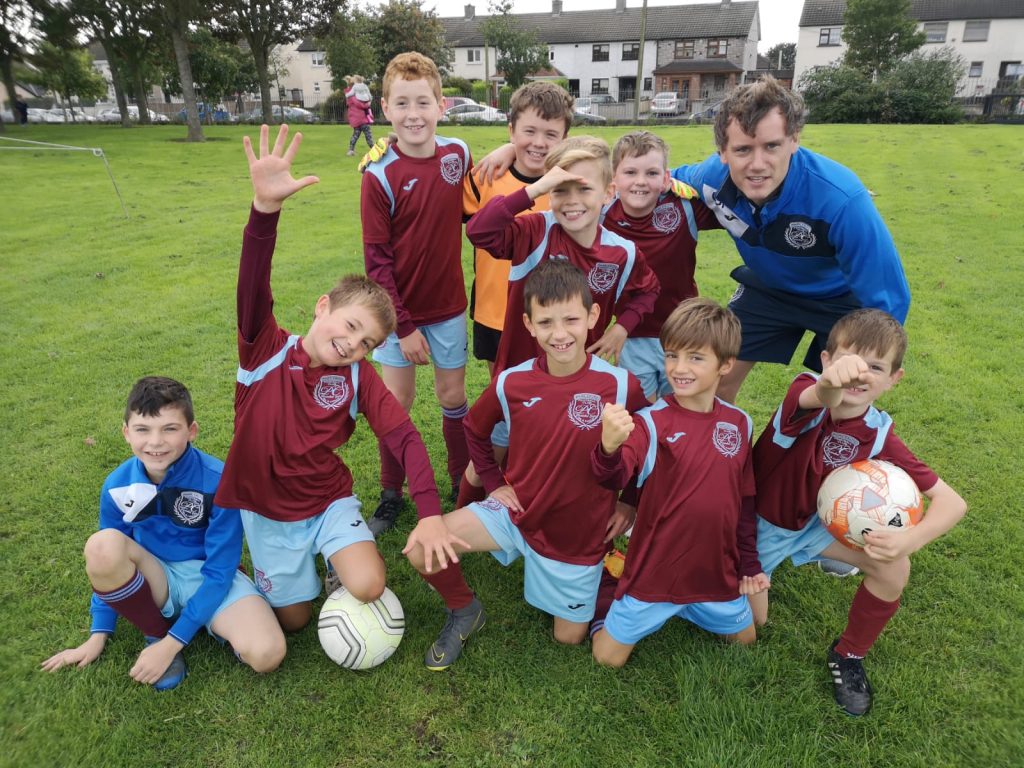