A nervy morning in Meadowvale with the team reduced to only 10 players from kick off as Ballybrack FC sought to overturn last weeks friendly result, and they started with intent. The visitors having the better of the early exchanges, Park were struggling to get the ball under control and introduce the passing game that had been so evident on the easier astro surface 7 days earlier. Some casual defending led to a few shooting opportunities for Ballybrack and a nasty upward deflected shot looped high over Sean who struggled to deal with it with the low October sun in his eyes. 0-1.  The boys tipped off and kept sending the ball into Ballybrack’s half supported by some tenacious battling for possession from Jake, Sean McKenna, Hugo and Charlie. The game remained in the balance for a while with Ballybrack giving as good as they got and good pressure being applied by both sides in an open game. Eventually some of the hard work was giving us an edge with Sean, Max and Hugo giving Ballybrack some problems and eventually a sweet through ball found Ryan onside where he carried the ball forward, composed himself and shot low to the keepers left and the post.  1-1 at half time just as the week before.

Second half, the ten men battled on and still looked the equal of the team with an extra player. Defense, midfield and front man when possible were all working hard to contain and also create opportunities. Some nice possession play from Sean, Ryan and Hugo eventually unlocking their defense for Max to shoot us into an 2-1 lead.

Ballybrack were still not done and camped out in our half for spells eventually wearing down the defense and stealing an equaliser that might have been cleared. However, James, Dan, Oisin and Jake kept a solid wall up for us and we kept pressure and effort high. As with the last fifteen minutes 7 days earlier, Park showed some great resilience and continued being patient with simple possession until the wingers were making well timed runs on to good quality supply from Sean, Ryan, Charlie, Jake and Hugo. Max benefitting on the end of these moves bagging a 3rd and 4th to take the match ball for his hatrick!

Superb character from all ten men to take the three points.  Up the table we go again with a hard fought win. 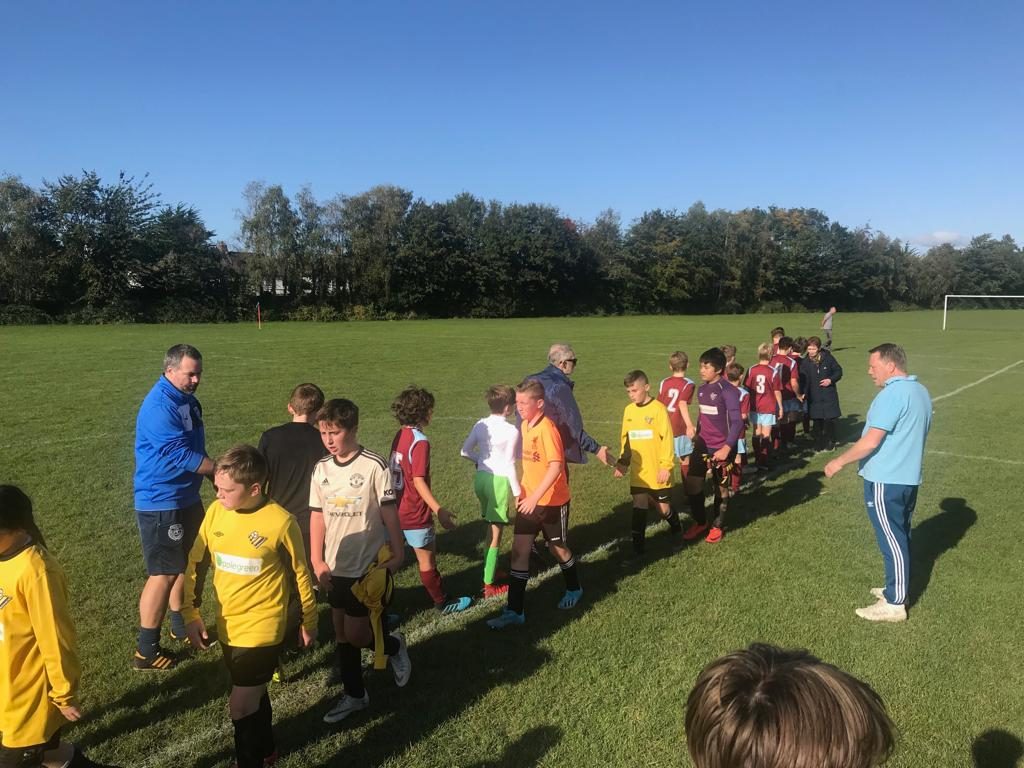