After 2 weeks break U11 E played away match to Palmerstown FC. A sunny morning and good vibes in the team were very promising.

Park started from the first second putting the pressure to close up the Palmerstown in their half. The first shoot came very quickly from William who got assist from Mateusz, but the goalkeeper saved it. Palmerstown got long ball upfront to their left-wing who run the ball into our box. Our defence was too high and couldn’t stop the attack which ended up with 1:0 for Palmerstown.

After that Park put even more effort to get their first goal in the match. Slick pass between Alex and Mateusz gave Jack space to shoot from outside the box. The keeper saved it but the ball landed in front of William who scored for the first time.

A moment later after great tackle from Charlie ball got passed to Jack who crossed to William. Strong shoot was blocked by a defender and landed luckily for Park in the goal.

Palmerstown tried to score one back but were stopped by Dylan who passed the ball to William upfront who was unmarked. William with cold precision scored 3rd goal for Park.

That half was under control for Park with few missing chances to put the score up.

The second half started at a blistering pace with both teams focused on attack.
Pressure from Palmerstown got greater with every minute. This ended up with a couple of errors around our goal when Park tried to run the ball from the goalkeeper to defence section.

That gives 2 goals for Palmerstown.

Park tried to lead back again. Good passing between William and Serban gave Serban chance for strong shoot, which was saved by the keeper. Chances were flying on both ends, but unfortunately, Palmerstown got 4th goal.

The incessant pressure from Park finally paid off and William scored for the third time.

Alex, Charlie and Yash worked very hard in defence to stop the Palmerstown.

Park stayed focus and with Aarush in the goal who saved lots of balls result was kept until the end.

That could have changed in the last minute when William got the ball from Alex. Strong defence didn’t allow him to find the space to shoot but he passed the ball to Jack who hit the right post.

Even match which Park could win avoiding few mistakes

Man of the match – Serban and Jack 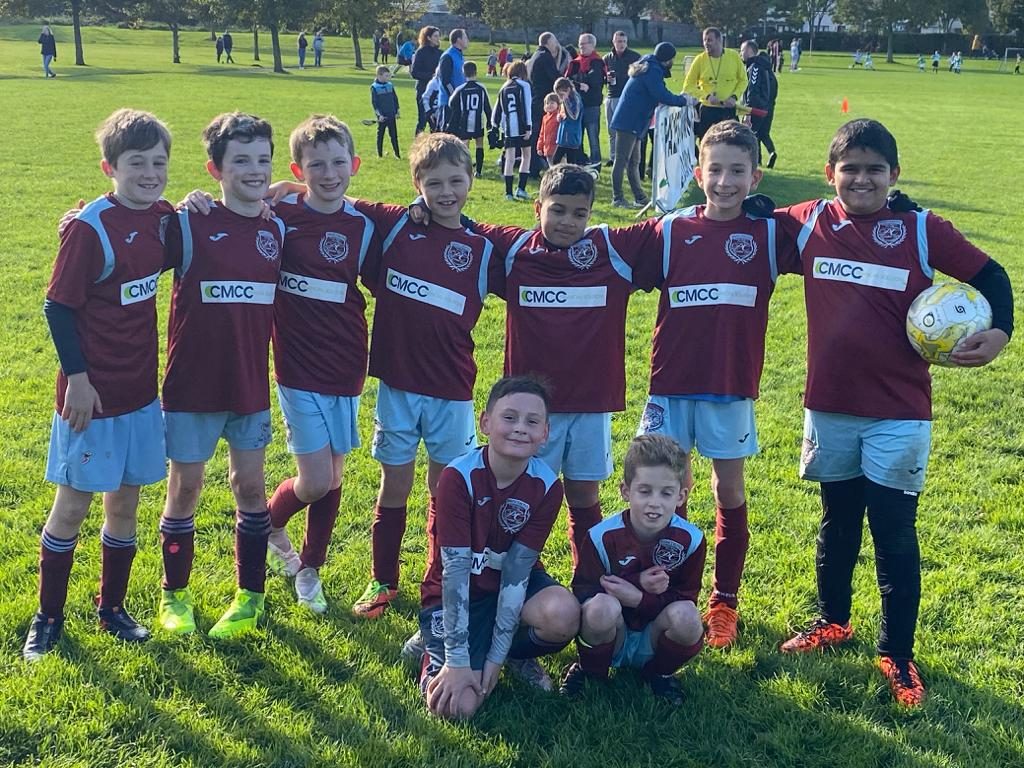