The Under 11 Sunday B team travelled to Clontarf on Sunday the 20th October to take on a tough Clontarf side.

It was a very tight match with both sides struggling against the energy-sapping long wet grass after the heavy downpours the day before.

The first half ended scoreless after some great battles with some shots on target from both sides with George Eggers giving the Park team a very solid base by mopping up everything that came his way.

Park started the second half well by applying some good pressure on the Clontarf side from the start and playing some very smart football playing the ball into spaces from the back with some great balls being sent through by Callum Barret and Liam Bernin.

The deadlock was finally broken by Jamie Rossi-Mielke who blasted home after an amazing run down the wing from Alex Sheehy.

Alex tapped home a goal of his own after lovely interplay between Morgan McGrails and Mathew Whelan opened up the defence to allow the tap in.

The next goal was well earned by James Magee after fighting through the Clontarf defence to eventually fire home the Third.

The final goal was scored by Ryan Maher having received a cross-field ball from Alex, Ryan managed to run past what felt like the majority of the opposition, finish a stylish run with a worthy goal.

Clontarf gave a massive battle themselves and for plenty of periods during the second half, the Park team found it difficult to get out of their own half. At some points, the Park goal was being peppered with shots but the Man of the Match George Eggers stood tall and caught or booted everything than came near him.

All in all a good day out for the boys. 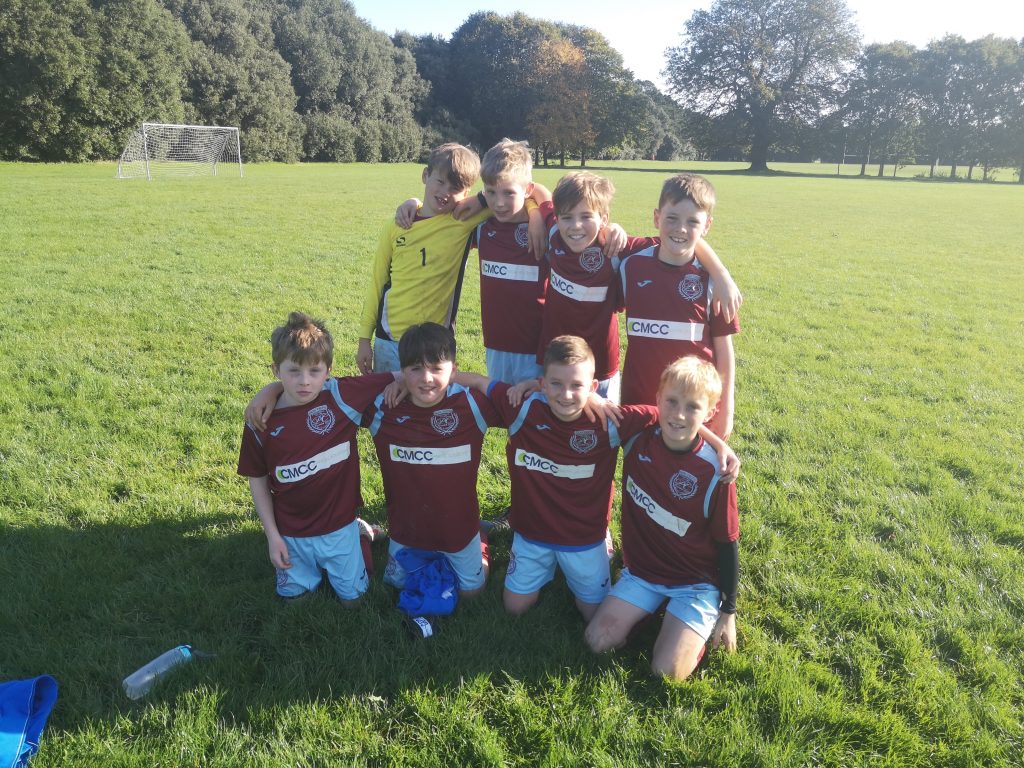