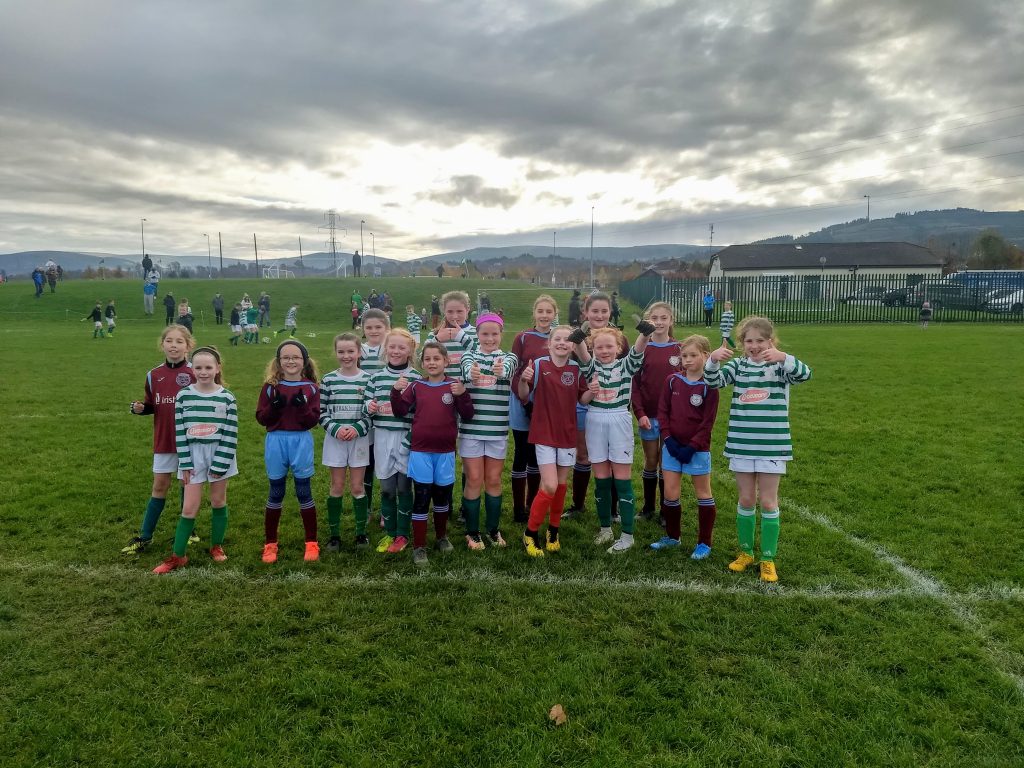 A cold Sunday morning for the girls playing against Knocklyon Utd. Brrrrr.

First off, Player of the day was Amélie; engine of the team as Paul would say.

From the centre, constantly running forward & back, always on the attack and hungry for a score.

She got a good goal & was unfortunate not to get more.

I personally think the defence played fantastic against some big, powerful girls.

Noor, Aoife and Anäis gave everything to get stuck in, to clear and pass those balls for the entire match.

They had no fear in going up against bigger players, and we can really see the training is giving good results – technique is better & better.

Anäis gets more confident & stronger with each match, and if Noor is running for the ball, then get out of her way or else!

If Aoife was a whirlwind of clearances and passing in the first half, then Maddie was a tornado of speed & power in the second. She was everywhere.

And every time there was a space Maddie was running through it to get the ball or to clear the ball. Great defence, great football.

Niv was unfortunate not to score while playing middle/forward. With a powerful kick, Knocklyon were marking her closely because they knew she’d be a risk to them.

And while all the girls took their turn in goals, Niv made some really good saves when Knocklyon were making their last attacks for goals.

It was great first-ever game for Megan, getting stuck in. I hope she enjoyed it & continues to play.

And Sadie who scored our 2nd goal (against her own team remember) really helped us stay in the game.

Thanks, girls – we’ll see you in the replay