Home/Match Reports/Girls U11 Match Report/24/11/19 Girls U11: Girls win 3 and draw 1 match at Beechwood
Previous Next

Sunday was a different event than normal. Beachwood was able to offer two 5 aside pitches in UCD given that the weather had ruined all chances of a game on grass. Our 10 girls were split into two teams of 5and each got to play 2 games of 25minutes.

The first team of Anais, Ellen, Harriet, Maddie and Sarah were a great unit on the day. They really played as a unit with great passing, rotation and all-round determination on display. The won the first game 5-2 and the second 5-1and should be proud of their endeavours especially as they played all but 10 minutes against 6 girls.

Anais was as versatile as ever with super tackles and clearances galore. Anais was also really unlucky not to score a goal and made a few great saves in her first-ever stint in goals.

Ellen was as influential as ever with great skills, passing, tackling and 3 fine goals to boot and one fine save.

Harriet was superb in goals in the first game and in the second was as strong as ever. Very unlucky not to score with an amazing headed effort she was eventually rewarded with a goal at the very end of proceedings.

Maddie had a great day scoring 3 goals, battling hard and even making a diving save in goals.

Sarah was picked as MVP for the day and fully deserved that.

It was certainly the best game I have ever seen her play.

She was simply amazing in all that she did including scoring 3 super goals.

The other team was Amelie, Anna, Aoife, Grace and Nov. with all those names starting with A they shall be remembered as the A Team….

The “A-Team” demonstrated what team effort can achieve, winning their first game by 11 goals to 2 and drawing their second game 5 all…….the Team really pulled together in the 2nd game as they had to come from behind to achieve a very creditable draw.

All 5 players, Amelie, Anna, Aoife, Grace and Niv. deserve great credit for their efforts……..plus it was very evident that each player made a conscious effort to pass the ball and to support their Teammates when they didn’t have the ball by moving into empty spaces on the pitch.

We rotated the goal-keeping position, each player took their turn in goals and simply did their best……. “doing their best” was a theme that summed up the overall performance of the Team, all should be proud of themselves!

To conclude, there were two areas in the pitch where the Team really excelled…….in defence Aoife played a “stormer”, her powerful right foot came to the rescue time and time again……..Aoife’s never give in attitude was inspiring to watch!…….the other position that excelled was up front and Amelie lead the line with supreme confidence……….her tireless runs and ability to not only score goals but also to make an accurate final pass. A hat trick of hat tricks or 9 goals on the day was monumental!

Niv, Anna and Grace played a great all-round game in both defence and attack (all scoring), team effort won out on the day!!!! 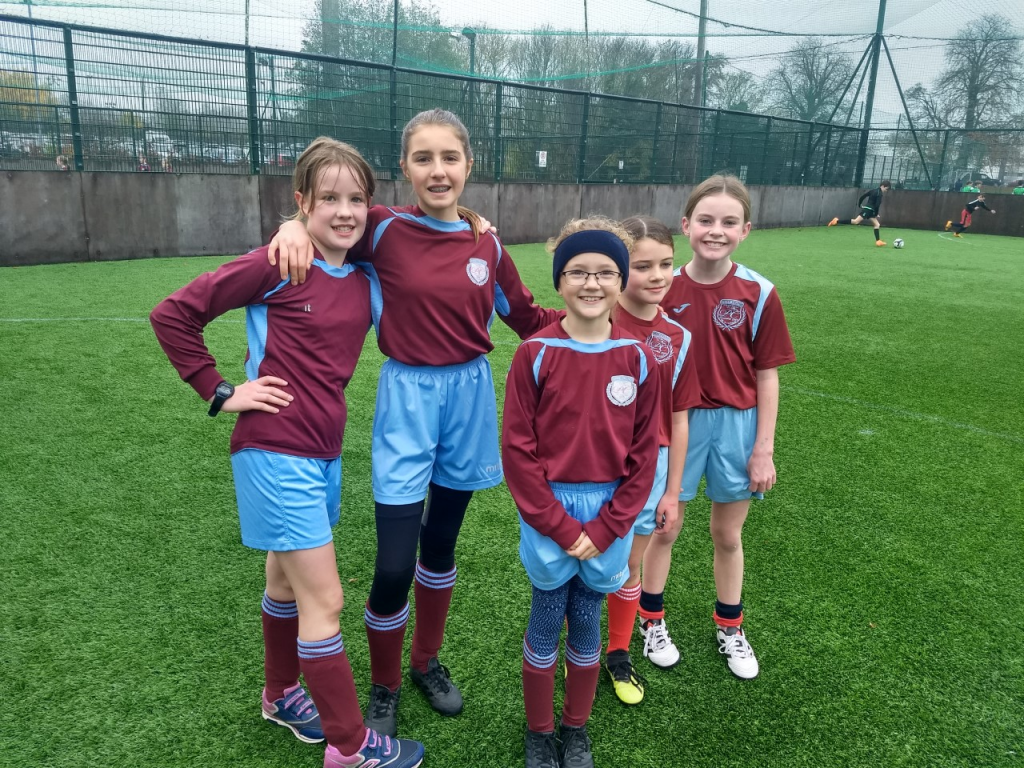 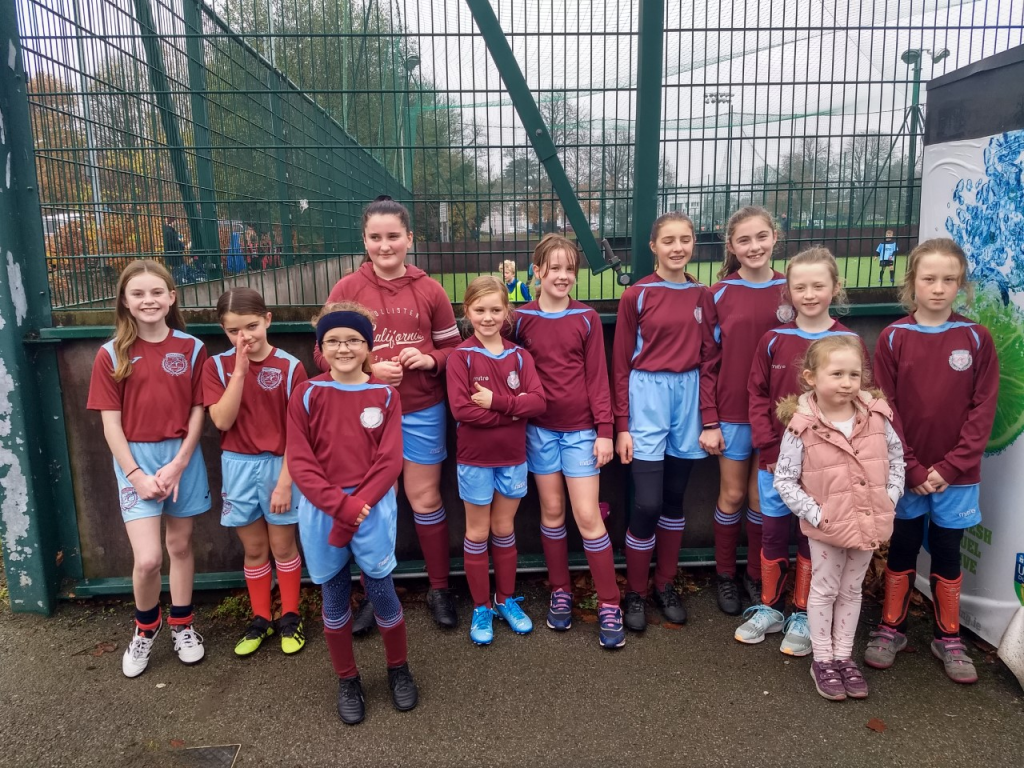