On a dark and overcast afternoon in Kilboggit Park , Park Celtic and Cabinteely FC played a local derby which had it all. Both teams are joint top of the league and unbeaten this season when they met on Sunday in the cup.

Cabinteely started the brighter playing the ball around and created some good chances. As Park Celtic started to create some chances a quick attack by Cabinteely led to a tidy finish and the first goal. Park didn’t let it knock them back and a dangerous cross was well finished by David. Back came Cabinteely and a lovely through ball was finished brilliantly by the number 9.
Without even getting time to draw breath a great move by Park Celtic ended with the Cabinteely keeper making a point-blank save. Then a free-kick out wide was whipped in by David and went straight into the net. As the half drew to a close a loose ball in midfield was jumped onto by Adam and seeing the keeper off his line he hit a shot from 40 yards and over the keeper.
3 -2 to Park Celtic.
As expected Cabinteely started the 2nd half on the front foot and it required a great save from Killian to keep Park ahead. Park Celtic was attacking down the left more with Mark tormenting them with some amazing dribbles and one of his crosses was finished by Ruben to make it 4 -2 .
Shortly afterwards Cabinteely went down to 10 men and with it went any chance of getting back into the game. While Cabinteely were still attacking and trying to get it back to only one goal they were caught by two quick attacks which resulted in 2 goals from David and a 6 -2 scoreline. The last action was a late goal by Cabinteely to make the final scoreline of 6 -3 .
A super game of football in front of an appreciative crowd where both teams gave it everything and Park Celtic were deserved winners. 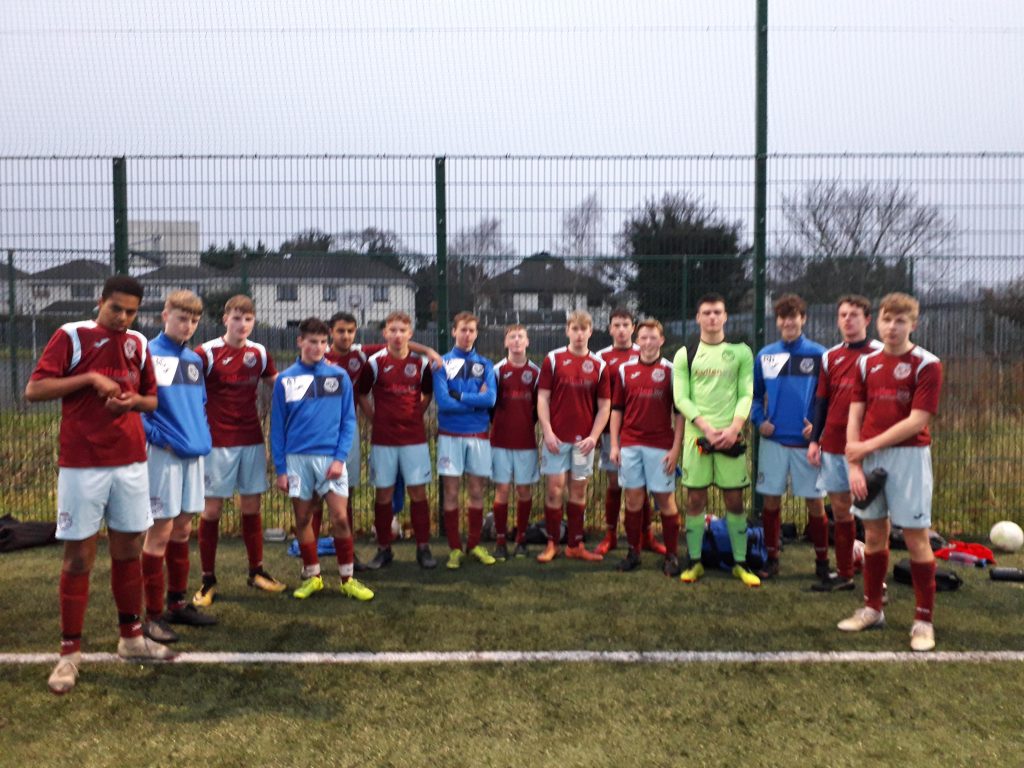