After an extended break without a match, the U11B team travelled to the home of the mighty Joey’s on a cold wet day Sunday morning.

Fortunately, the pitch was deemed playable on a weekend when most matches were cancelled, the boy’s had to adapt to the long wet grass and lots of very soft ground making for an energy-sapping game with multiple heavy downpours to add to the challenges.

Despite this, it was a hugely entertaining game between two very strong sides that both coped very well in the conditions to show some real quality passing, running and general open play.

This was the first outing for Lucas Kiefer who played in goals for us and it was a real trial by fire facing the Joey’s attacking line but his strong hands and quick feet on multiple occasions thwarted their attempts.

The game started cautiously as both teams tested each other and got used to the conditions. Joey’s were first to break the deadlock with a well-worked team goal. Park equalized shortly afterwards with Alex Sheehy scoring with his first touch of the game after coming on as a substitute. This was quickly followed up by another well-worked team goal by Jamie Mielke after some strong battles were won in midfield by Mathew Whelan to win the ball.

Joey’s, of course, came back strong after this with two more well-taken goals before the break. Half time 3 : 2 to Joey’s.

The second half again started cautiously with both teams testing each other out and the Park defence all needed to stand strong with Charlie Delany and James Magee being constantly tested. Joey’s were again the first to score in the second half to get a two-goal lead but the park team again showed all their resolve and kept plugging away Callum Barret came into midfield and began to stretch the opposition by spreading the ball out wide with some really clever plays, Ryan Maher also moved up front and began to really stretch the play giving more space to the wingers Ben McGlinchey and Alex Sheehy who finally scored his second after appearing to run too far with the ball to cross the ball but opted instead to sneakily cut the ball in at the near post to reduce the gap to one goal. The equalizer was scored by Ryan Maher who found himself some space in attack to shoot.

The lead then swapped in Park’s favour with Ryan Maher scoring his second of the game putting away the ball after a great run by Ben McGlinchey. Joey’s never lost their faith and kept pushing to restore their lead, Liam Bernin stood strong with  Charlie and Lucas in Defence to try to keep the momentum with the Park side.

Eventually, Park began to build some momentum with another brace of goals by Alex Sheehy followed by another goal by Ryan Maher giving the final scoreline in favour of Park Celtic of 8:6

Words cannot do justice to reflect how proud the managers are of this teams performance with a real never say die attitude growing throughout the team! 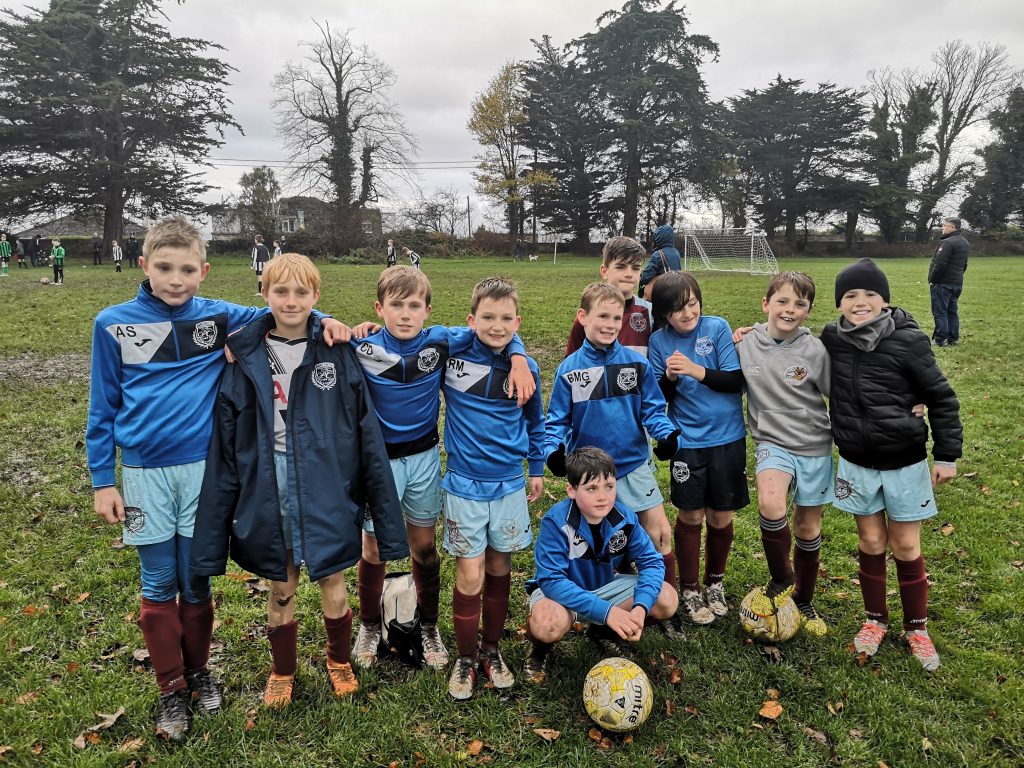 NB: An honourable mention and thanks to all the parents that came and braved the elements and to  Robbie Maher for his sterling performance as  linesman!