Great win by Park Celtic U10B1 away against Knockmitten Utd.
A fantastic way to finish 2019 before Christmas break with a comfortable win by 3-1 which is a testimony of the great progress made by the boys based on solid defence, good ball movement, quick counter-attack and smashing goals.

Today the team started a bit preoccupied and was 1-0 down after 15 minutes but an immediate reaction through a terrific run from Tommaso on the right whose cross hit the leg of a defender and went in goal. But following great pressure and more confidence Park continued to attack and Gavin was superb in stealing the ball from the keeper and scoring a fine goal.
Second half Park started very strongly creating more and more chances with Taelan and Tommaso flying on the wings and Daniel the captain as an assist man who helped Alex to score from a long distance, a brilliant goal.

Patrick, Tim and Gavin kept high the level of concentration and allowed Park to sit comfortably on the result aiming for a counterattack.

In this phase, more chances were created but missed by a few inches. Taelan was particularly unlucky after at least 3 great actions.
All team played at excellent level masterminded by Daniel the captain in midfield but the defensive action was superb showing a fantastic team effort.

Mvp today was Tommaso who played with great intensity and quality from the beginning to the end, a splendid individual performance.

Well done to all the boys! 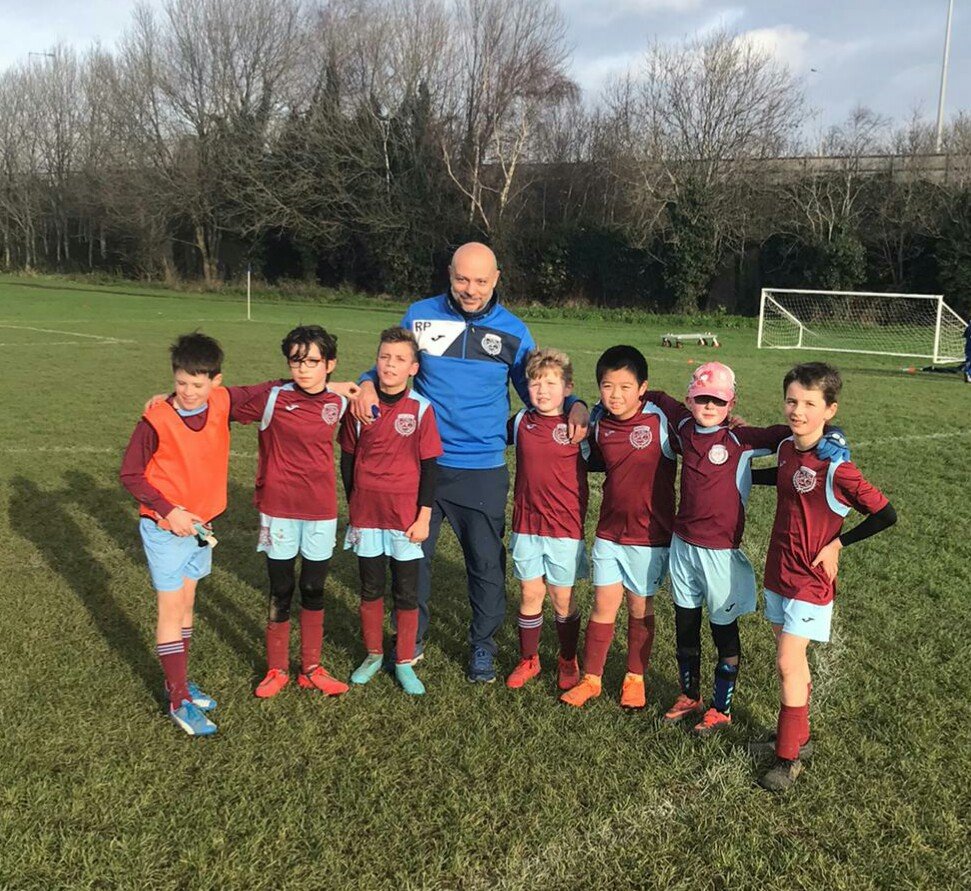 Missing players in this picture are Finn & Ethan.