Playing a team the league ahead was always going to a big challenge for Park, especially with some key players missing, but we more than matched them for the first 20 minutes. Park had most of the ball in the opening exchanges, but the final ball was letting them down. Broadford’s keeper made some nice saves and Dillon went close with an audacious overhead kick that sailed just past the post. Broadford looked dangerous on the break, but Ciarán, Richie and Callum were looking very solid at the back. With the half drawing to a close, Park suddenly switched off, and within a matter of minutes found themselves 4-0 down. Broadford were clinical, but 3 of the 4 goals were from sloppy mistakes by Park.

Park came out fighting at the start of the 2nd half and pulled 2 goals back immediately. The first a tidy finish from Matthew after some slick passing between Jack, Alessandro, Dillon and Daire. The 2nd was a brilliant individual goal from Matthew, finishing in the top right-hand corner from an impossible angle. It was end to end stuff from them on, with some super goals from both sides. Dillon scored 2 for Park with a couple of deft finishes. Then came the goal of the game, with every Park player involved in a wonderful break, finished off by Daire at the back post. It was now 6-5 with 2 minutes left on the clock. Just as Park looked certain to equalise, Broadford showed their class, and scored to put the game out of reach. 7-5 was the final score.

Man of the match goes to Dillon for a wonderful attacking performance today. Special mention for Richie on his debut, he looked calm and composed at the back throughout.

Park need to learn that you cannot switch off for a minute at this level. 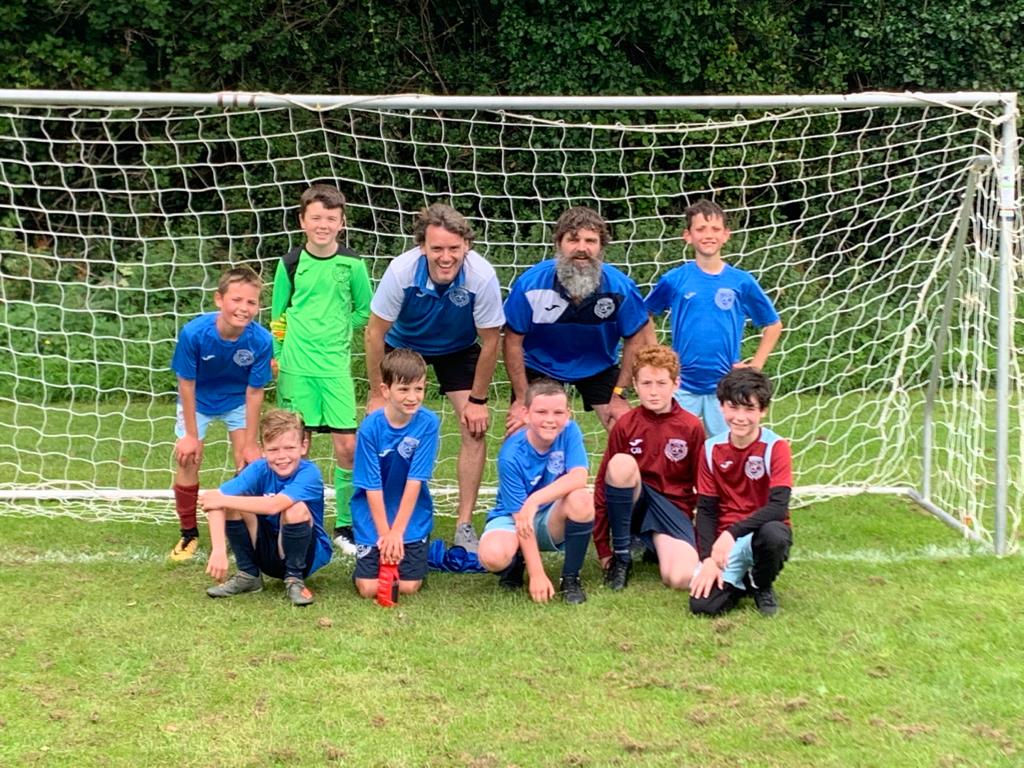